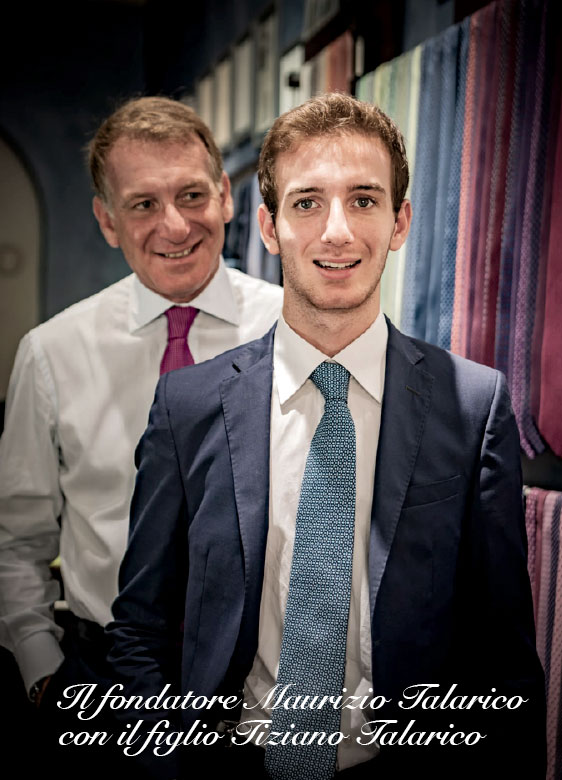 From an early age he grew up with the cult of the tie. In 1999, no longer finding those who produced ties with the needs and requirements of the past, he decided to start producing himself by founding Talarico Cravatte in Rome.

In a few years he managed to create a small company that produces ties with a single objective: quality, transforming its showroom into an international benchmark for male elegance. Its ties encircle the neck of the protagonists of politics, from Presidents Cossiga, Renzi, Mattarella, Gentiloni, Prodi, Casini, Berlusconi, to the Americans Bush, Obama and Trump, to presidents and CEOs of the world of finance, journalism, up to ambassadors and royals. It is a supplier of important corporate and institutions that choose a Talarico Cravatte as a Made in Italy to be paid to its guests both Italian and international, including: Secretariat General of the Quirinale, Presidency of the Senate, Presidency of the Chamber of Deputies, Council Presidency of the Ministers.

How a Talarico's tie is born

If you are already registered, please login